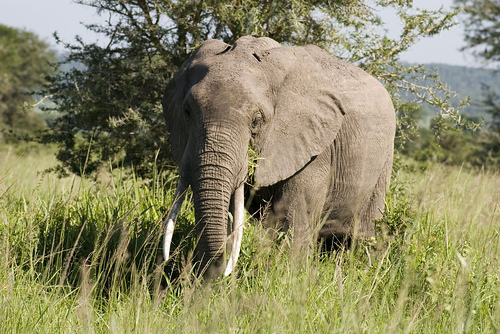 Mikumi is located just north of Africa's largest national park, Nyerere National Park and together with Selous Game Reserve they form a wilderness area of almost 60,000 square kilometers. Mikumi is with is location right next to the road between Dar Es Salaam and the city of Iringa Tanzania's most accessible safari park. Lions, buffalo, wildebeest, and zebra are some of the animals that can easily be spotted on the plains of Mikumi, sometimes called the Little Serengeti. 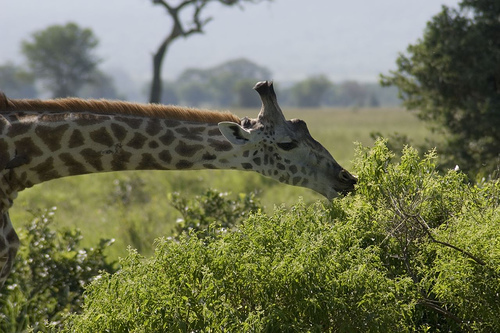 Giraffes are common in Mikumi

Especially in the dry season the animal concentration on the plains around Mkata River are great. It is a good plays to see both large herbivores as well as predators such as lions.

In Mikumi National Park more than 400 species of birds have been spotted. The highest bird concentration is during November until March when a lot of migratory birds from Europe can be seen 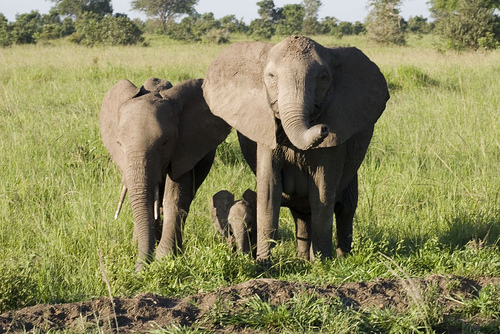 Elephants near Mkata River in Mikumi

Wildlife and nature in Mikumi

Mikumi covers an area of ​​3230 square kilometers just north of Selous. The Mkata River and its shores are Mikumi’s lifeblood and many of the animals gather here to graze and drink. The lions often lie on top of the small hills or on termite stacks and look out over the landscape, which is dominated by open grasslands. The plains are rich in wildlife such as zebra, buffalo, wildebeest, and antelopes of various species. Mountains rise on the edge of the park and their slopes are covered with sparse forests that are home to kudu and sable antelope and in areas with acacia forest, giraffes, and elephants graze.

The plain around the Mkata River has a network of good safari roads so there are great opportunities to see the animals up close. Mikumi is considered the safest place in Tanzania to see Eland, the world’s largest antelope.

More than 400 different bird species, some very rare and many incredibly colorful, are found in the park, during the rainy season some that have migrated from Europe. Just five kilometers from the gate to the Mikumi, the Mkata River has formed shallow pools where many hippos are the main attraction for tourists.

Unlike the big parks in northern Tanzania, Serengeti, Ngorongoro, Tarangire and Lake Manyara, Mikumi National Park is at low altitude and therefore the climate Is slightly different. The climate in Mikumi is very similar to the climate in Nyerere National Park, Dar Es Salaam and Zanzibar. All year round the weather is warm and humid, the warmest months are December to March and the coolest June to August. Also, Mikumi does not have chilly nights like Ngorongoro Crater and Serengeti but all-year round warm nights. The rainy season is mid-November to mid-December, the short rains, and March to May, the long rains. However, rain showers can occur anytime of the year. 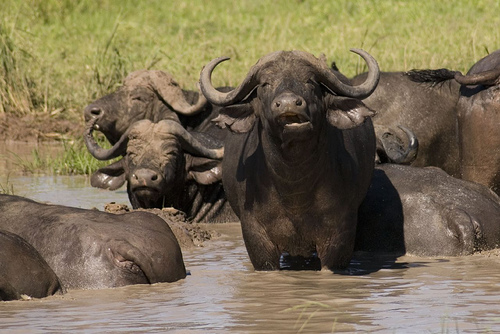 Mikumi is a great place for a safari at any time between June and February. It is also possible to visit during the long rains in March, April, and May but roads might be very muddy. The best time of the year for a safari is the driest season, July through October, when animals concentrate around the Mkata River.

How to get to Mikumi

The easiest, and most common way, to get to Mikumi is with car on the tarmac road from Dar Es Salam to Iringa.

Mikumi does not get as many visitors as Serengeti, Selous game Reserve or Nyerere National Park. Also, quite a few of the visitors in Mikumi are local tourists coming for a weekend break from Dar Es Salaam. Therefore, it is better to visit Mikumi in the weekdays than in the weekends. Most visitors to Mikumi visit only Mikumi, no other park, on a 2–4 days safari. It is possible to visit Mikumi as part of a longer safari including for instance Nyerere National Park and or Ruaha National Park.

The best lodges in Mikumi are inside the park, these are just few though. There are also some mid-range to budget options just outside the park.

A great tented camp located inside the park. It is a lovely place to stay for couples, adventurers as well as families. The lodge has rooms in stylish tents that all have private bathrooms, proper beds, and a porch. In the common are there is a lounge, a bar and a restaurant.

Owned by the same family as Vuma Hills Stanley’s Kopje is an equally great upper mid-range to rustic semi-luxury tented lodge with a great location inside the park. The tents are built around a granite hill (kopje) with all tents having a view over the surrounding savannah.

A basic mid-range lodge that offers great value for money. The lodge is located just outside the park but there still are quite a few animals, especially monkey and small antelopes around the lodge. More about Tan Swiss Lodge here.