Lake Manyara Natinal Park is the smallest of Tanzanias famous northern circuit national parks. Yet despite it's small size it is diverse ond rich in animals and plants. Lake Manyara is a great place to get up and close with african elephants, see thousands of flamingos, spot hudreds of species of birds and see big herbivores such as buffalo, zebra, giraffe, impala and many other animals. 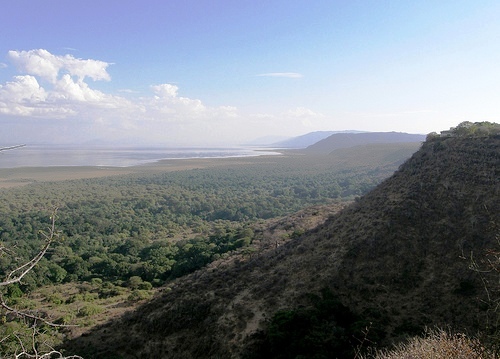 Lake Manyara is at the bottom of the Rift Valley escarpment

Lake Manyara has more elephants per square kilometer than any park in Africa and they often come very close to safari jeeps.

The ground water forest is home to many millenia old baobab trees. These huge trees that according to legens the gods planting upside with the roots in the air.

Lake Manyara is an amazing place for bird watchers with both resident and migratory birds. Over 400 birds have been spotted in the park.

In the lake that named the park you can watch flamingos and hippos as well as animals grazing the grass on the shores of the lake. 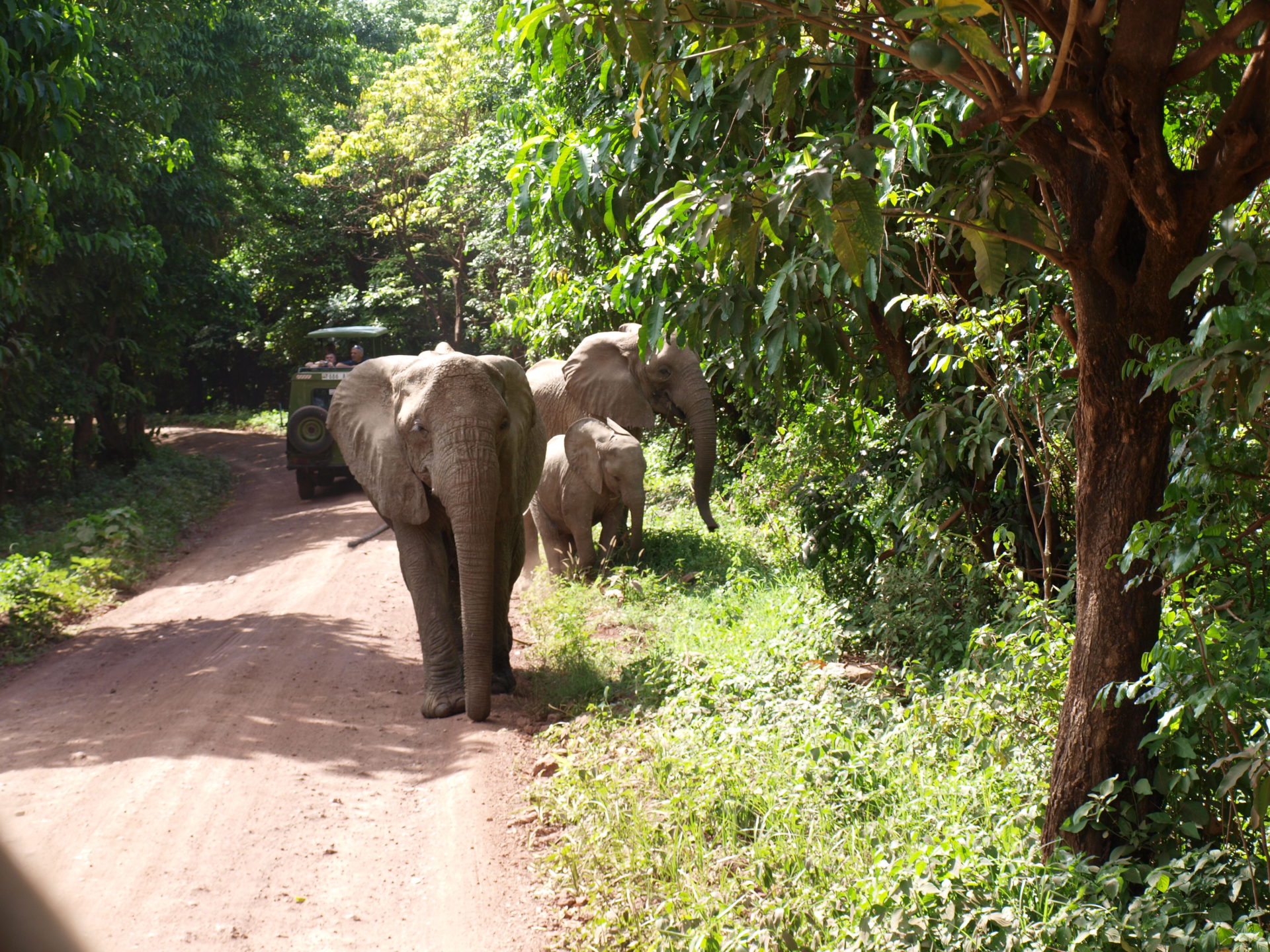 Lake Manyara is a small but beautiful national park located at the bottom of the Rift Valley, just below the 600-meter-high Rift Valley escarpment. Lake Manyara National Park is named after the lake “Lake Manyara”. Lake Manyara is said to have more elephants per square kilometer than any other park in Africa and is also famous for its tree-climbing lions. For birdwatchers, Lake Manyara is paradise!

Lake Manyara is a small park, only 330 square kilometers, of which the lake is a large part, with more forest than open savannah, and it is quite different from the other parks in northern Tanzania (Ngorongoro Crater, Serengeti and Tarangire). Lake Manyara has a large elephant population and they are easy to see year-round. In the park there are more than 400 bird species and the world-famous tree-climbing lions, which you must have a great deal of luck to see. Lake Manyara is on the way from Arusha to the Ngorongoro Crater and is thus easy to visit. It is also possible to do a safari in Lake Manyara for just a few hours on the way to the Ngorongoro Crater or Serengeti. 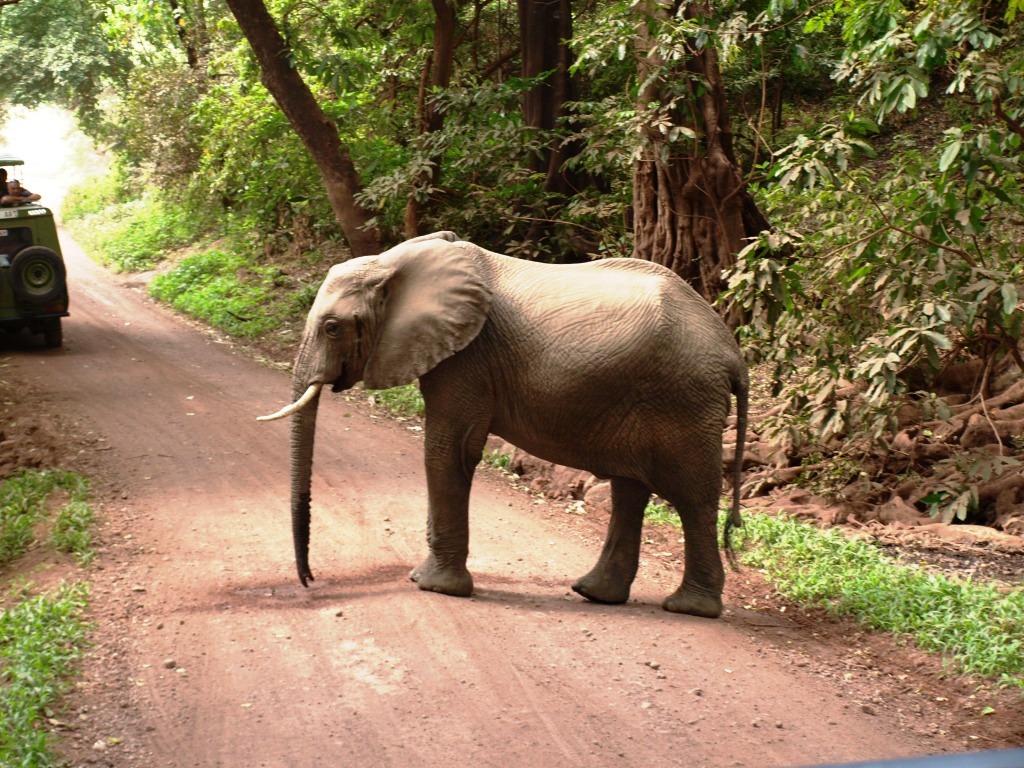 Elephant on the road in the northern part of Lake Manyara

The climate in Lake Manyara is like the other parks in Tanzania with dry season June to November, short rain in November/December and long rain March to May. Lake Manyara is quite low down in the Rift Valley is and is noticeably hotter than Ngorongoro Crater and other highlands. During the warmest season, December to March, it can be very hot in Lake Manyara. The coolest period is between June and August. 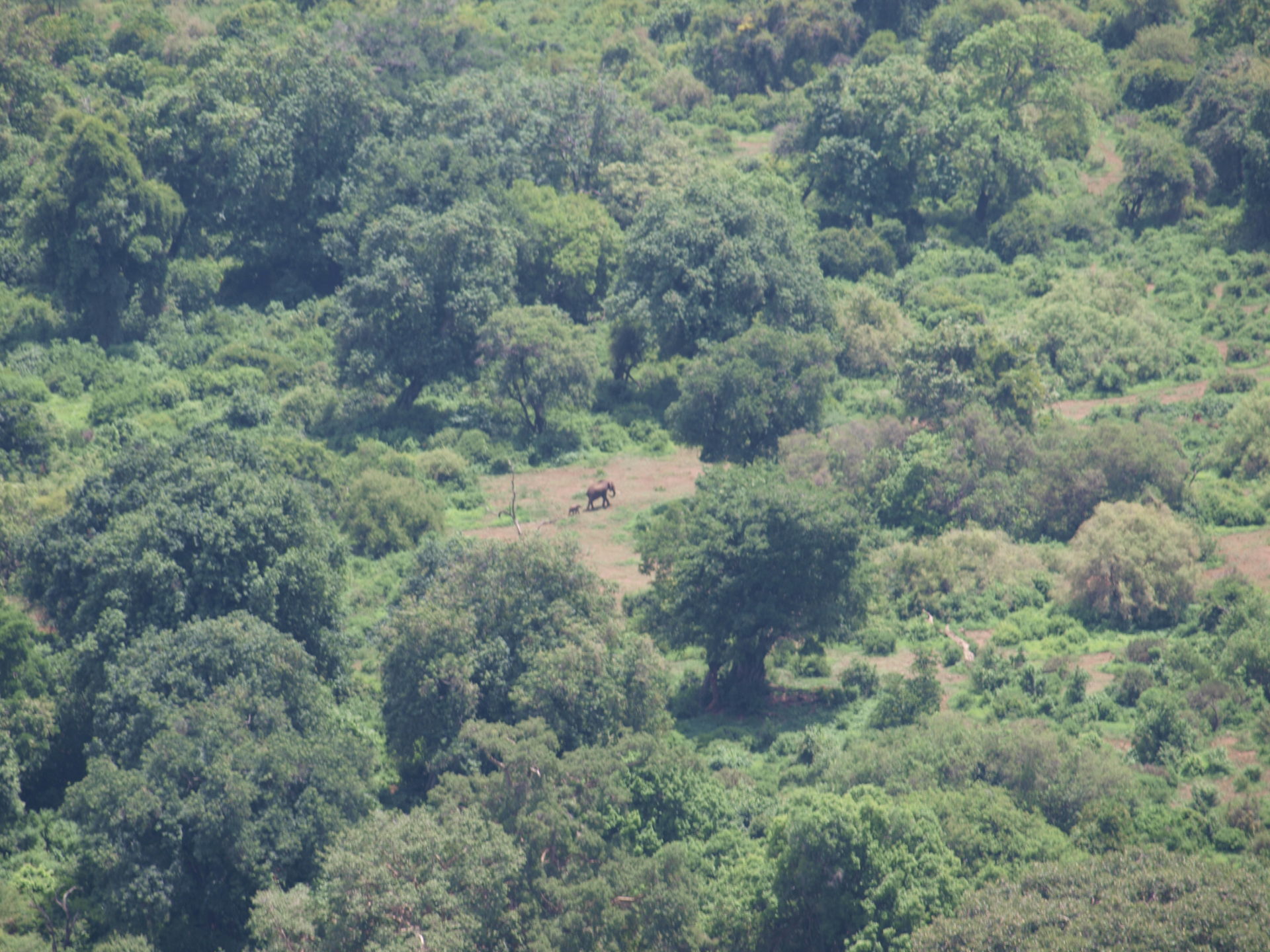 How to get there

Giraffes and flamingos in Lake Manyara

Lake Manyara Tree Lodge
The only safari lodge inside the park. Lake Manyara Tree Lodge is on the southern end of Lake Manyara, a part of the park that is rarely visited by tourists other than those who stay at the Tree Lodge. The lodges have rooms built on the trunks of massive baobab trees and is truly a unique experience. Do not come here late and leave the next morning. The lodge itself is part of the experience here and you need to stay at least two nights.

Maramboi Tented Camp
Maramboi is a very affordable lodge with a beautiful location on the savannah south-west of Lake Manyara with great views of the lake and the Rift Valley Escarpment. The lodge has big rooms (tents actually) built on wooden decks with private balconies overlooking the lake and the escarpment. They also have family units and is a perfect lodge if you are traveling with kids. In the common area they have a restaurant and a pool deck. The lodge arranges walking safaris down to the lake. You will see zebra, wildebeest and maybe some giraffes as well as many birds and Masais herding their cattle.

Lake Manyara Serena Safari Lodge
Lake Manyara Serena is a Serena property in every way. Reliable and of high standard but more of a hotel than a safari lodge. The lodge is on top of Rift Valley escarpment and the view is mind blowing. The pool is set perfectly so you get the view of Lake Manyara from the edge of the pool. Rooms are all of good standard and there are conference facilities at the lodge.

Kirurumu Manyara Tented Lodge
Kirurumu Manyara is just down the road from Serena. It is a great place with very comfortable rooms, all in tents on wooden decks, also with an amazing view over Lake Manyara. As the rooms are in tents it has more of a safari feeling to it but it is not in a wildlife area so there are basically no animals around the camp. Comfort levels are basically the same as Serena but Kirurumu does not have a pool. 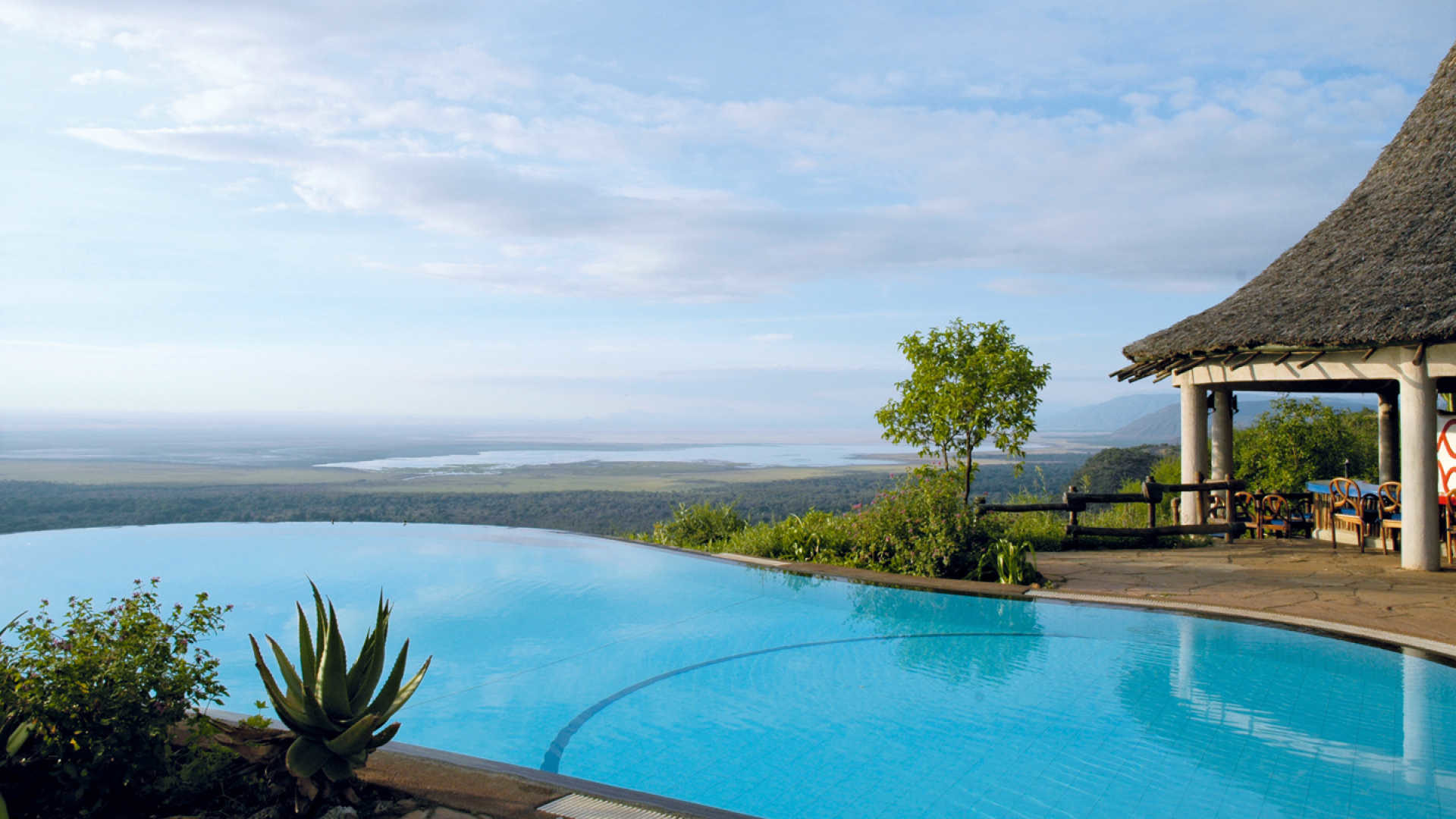 View from the pool at Lake Manyara Serena Safari Lodge 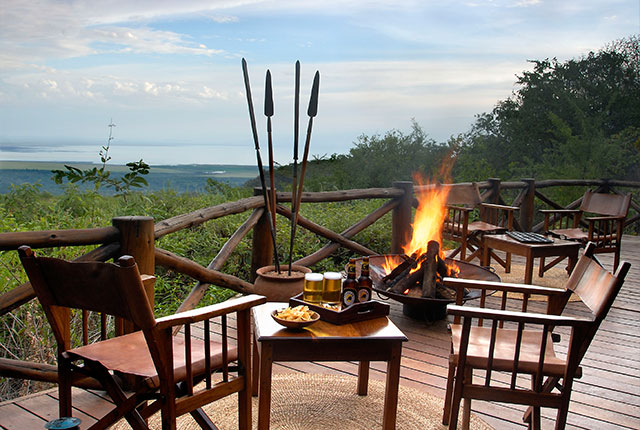 View from the main deck at Kirurumu Manyara