Ruaha is in the borderland between southern Africa's miombo-forested plains and thickets and the open acacia-covered savannas of East Africa. Species richness among antelopes is greater in Ruaha than anywhere else. Greater and lesser Kudu and Sabel antelope are among the species seen grazing on the arid plains of the Ruaha National Park around the Nzimbo and Ruaha rivers. Ruaha is a piece of Africa preserved from times gone by, a safari experience far beyond the ordinary and you will see few other tourists. 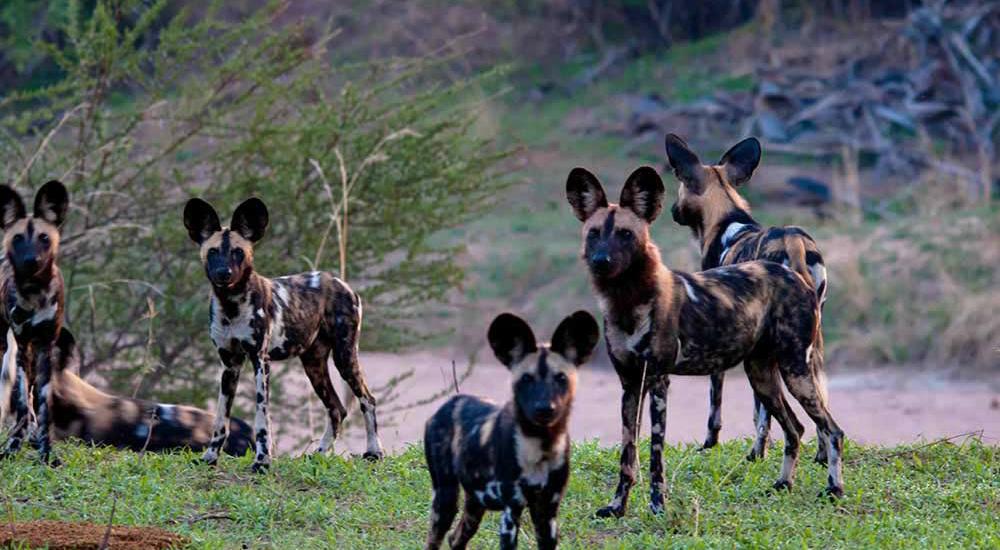 Ruaha is a great park to see African Wild Dogs

In Ruaha there are still many packs of the critically endangered African Wild dog. Ruaha is considered one of the best places in Africa to see this amazing predator.

Ruaha is over 20 000 square kilometers of pristine wilderness. The safari lodges are few and you will see few jeeps. It is truly amazing that such wilderness still exists.

Especially in the dry season you can often see large herds of elephants and buffaloes around the rivers in Ruaha National Park.

Ruaha is one of only five African strongholds where lions live I great numbers in large areas where they are not crowded by humans. 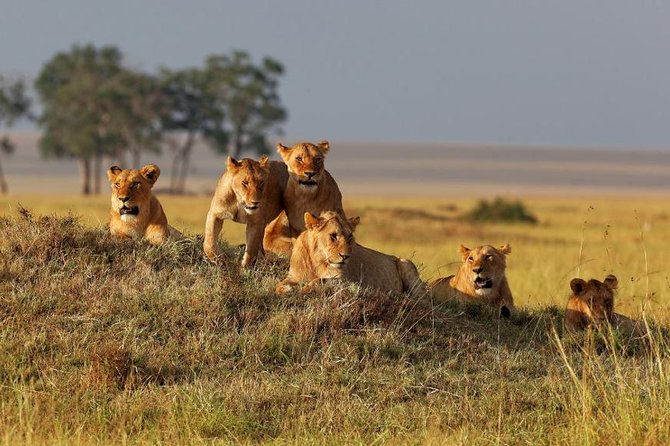 Wildlife and nature in Ruaha

Ruaha, in central Tanzania near the city of Iringa, is the country’s second largest national park with a total area of ​​22,000 square kilometers. However, Ruaha is directly adjacent to the Rungwa and Kisigo reserves and together they form a protected ecosystem of 45,000 square kilometers, 1,5 times the size of the greater Serengeti eco system. Ruaha is in central Tanzania, in the country’s driest area and large parts of the park are semi-desert with thickets, shrubbery, cliffs and open grasslands. The area’s lifeblood is the Nzimbo River and the great Ruaha River that meanders through the area. During the rainy season they are large and mighty rivers with strong rapids but during longer dry periods they turn into small streams between small lakes and pools of water.

Like Nyerere National Park, Ruaha is in a natural area where the bush and thickets of southern Africa turn into East African grassland sparsely overgrown with acacia trees. This nature makes Ruaha home to an unusually large number of antelopes and 450 bird species. Ruaha is the only national park in Africa where both the lesser and the greater Kudu live. Lesser Kudu live mainly in southern Africa and Ruaha is the northernmost area they are found. The park’s symbol the Greater Kudu belongs to East Africa and is found in Ruaha in greater numbers than anywhere else in Africa. Lions, cheetahs, leopards and especially elephants are found in large numbers in the park and as well as in Nyerere National Park but unlike the large parks in northern Tanzania, including the Serengeti, there are large herds of wild dogs in Ruaha.

Ruaha is located at a high altitude and has a climate reminiscent of the Serengeti, but Ruaha receives significantly less rain. The rainy season March to May is usually slightly shorter than in the rest of Tanzania and usually ends as early as mid-May. The short rainy season from mid-November to mid-December that occurs in large parts of Tanzania is not at all as marked in Ruaha. Due to the altitude above sea level, it is significantly cooler in Ruaha than on the coast or in Nyerere National Park. The coolest months are June up to, and including, August, warmest is December until February. As the weather during the dry season is usually clear and sunny, the nights are chilly, especially from mid-May up to and including September. During this period, it is always recommended to bring a sweater on safari in Ruaha.

Elephants in the Ruaha River

The best time for safaris in Ruaha is during the dry season June to October when large numbers of animals gather around the fewer and fewer water holes in the area. During this period, there are often plenty of animals on the plains next to the rivers.

Also, the period November until February is good in Ruaha but depending on how much rain that falls during the so-called short rains in November or December, the animals are more scattered. With a little more patience and maybe a little more time, it is possible to experience a fantastic safari in Ruaha even during this period. Ruaha is in an area with relatively little precipitation and the short rains can in some years be very short and almost absent. Other years they can be a little heavier and then it can be difficult to pass on certain roads in the park during especially November and December.

The long rains, March through May, are often less pronounced in Ruaha and usually end as early as the beginning of May. During the period mid-March to mid-May, Ruaha is a rather poor safari park as the animals are quite scattered and the rain can make roads difficult to access. During the second half of May, Ruaha is a good safari park but the lodges are mostly closed throughout March, April and May and sometimes one or a couple of weeks into June, which means that it is not possible to go here until the beginning or middle of June.

How to get to Ruaha National Park

Ruaha is a safari park for those looking for large areas, as large as the Serengeti and Ngorongoro Conservation area, rich and varied wildlife but want to get away from larger tourist routes. The only park that can beat Ruaha in terms of offering untouched nature with few tourists is Katavi but Katavi is significantly further away from navigable roads and more expensive to visit. Ruaha is also a good alternative for those who are genuinely nature and interested in animals as there are species here that are endemic in southern Africa as well as East Africa.

Ruaha can be visited as a single safari destination but most travelers combine Ruaha with Selous and fly to and from the parks.

A good mid-range lodge that has a great location right next to the large Ruaha river where there are plenty of animals, especially during the dry season. The lodge has rooms in about 20 Bungalows located in a very scneic area. The area in the vicinity of the lodge is very good for seeing animals and you can often see animals near the lodge especially in the evenings and early mornings.

Jongomero is not a cheap lodge but in our opinion, it is one of Tanzania’s best. With its location in the southwestern part of Ruaha, it is quite far from other lodges and the areas where most tourists move. The area near the lodge is not the richest in animals in Ruaha but there are plenty of animals here as well and above all almost no other tourists. The most animal-rich areas in Ruaha around the Ruaha and Nzimbo rivers can be reached on a day trip from the lodge, so two or three days on Jongomero provide good opportunities to really discover the magnificent wilderness of Ruaha. The lodge organizes car and hiking safaris. The lodge has 8 tents built on wooden platforms. All tents have very nice furnishings with good beds and large fresh bathrooms. Restaurant, bar, and pool are also available at the lodge.